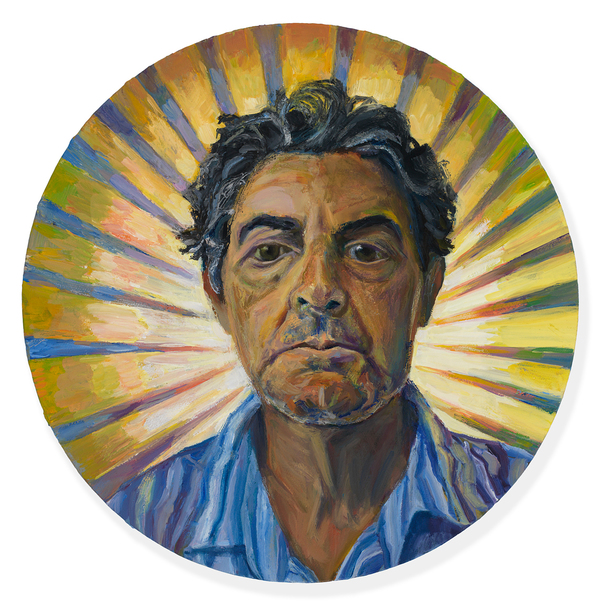 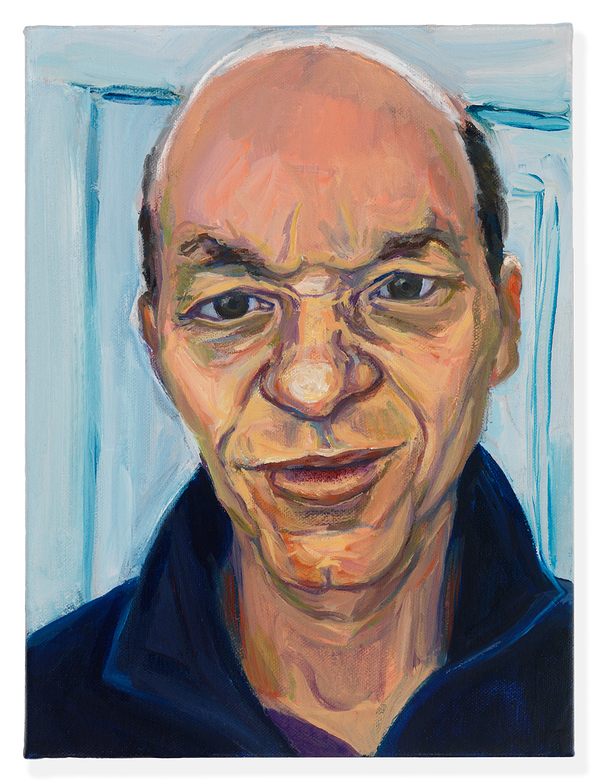 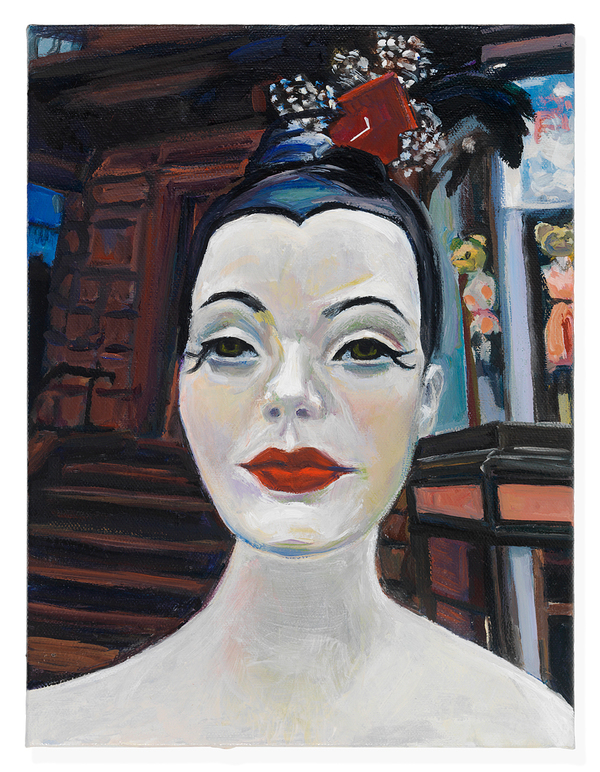 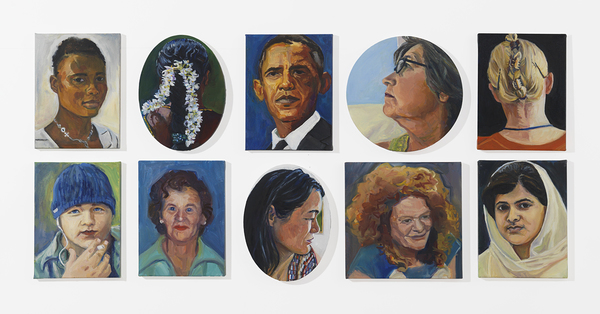 2 rows of 5, a segment of proposed installation of Headshots: People I Know and People I Don’t Know, Part 2

“Headshots: People I know and people I don’t know, Part 2” is a suite of oil paintings. Through the vehicle of traditional portraiture, it asks the questions, “How well do we know the people we know?” and “Do we really know them better than the people we don’t?” The juxtaposition of faces of the famous with those of every day people makes for a visual study of human relationships as they populate the wall in a salon style that resembles a yearbook page. Headshots Part 2 is a continuation of Headshots Part 1, which premiered in March 2013 at the Hallspace, Dorchester, MA. Part 2 will increase the series from 36 to 100+ canvases. Whereas the portraits in Part 1 consisted solely of vertical rectangular canvases, Part 2 adds circles, squares, and ovals. In the final installation, these traditional portrait shapes will form geometric patterns on the wall, bringing an element of abstraction to the series as a whole. Part 2 will also expand upon Part 1’s full frontal perspectives by including profiles, ¾ facial, and backs of the head. In Part 1, photos were solicited from friends and culled from the Internet. For Part 2, I will continue to collect source photos from my personal network and the Internet, while also including candid shots of strangers collected with limited or no personal interaction as well as cropped faces from group photos. 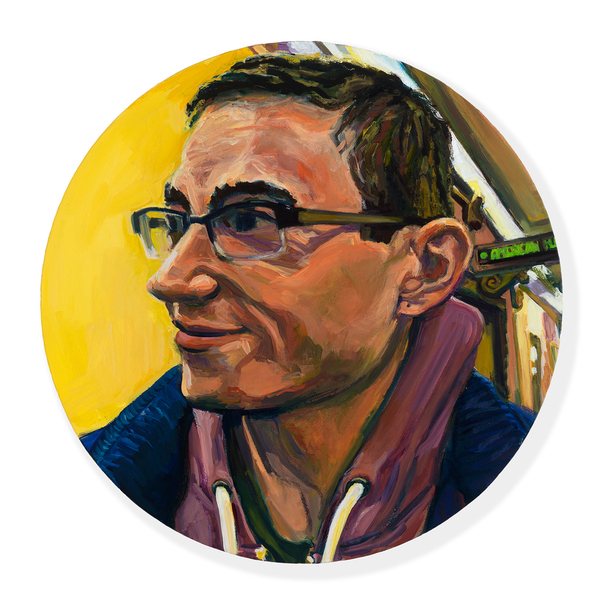 From an iPhone photo snapped in the upper lobby of the Boston Commons movie theater after Matt, Lucy, Jeff Sr. and I had just seen the film American Hustle. It was during the Christmas holidays. 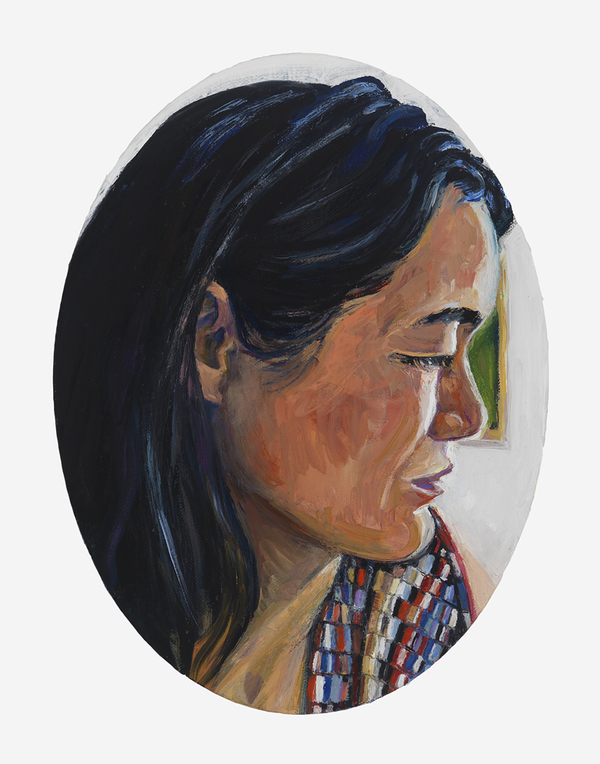 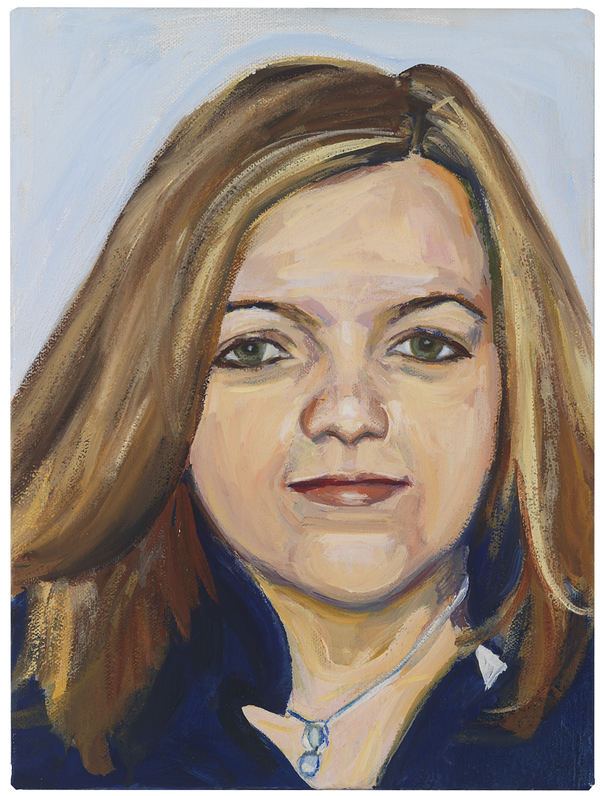 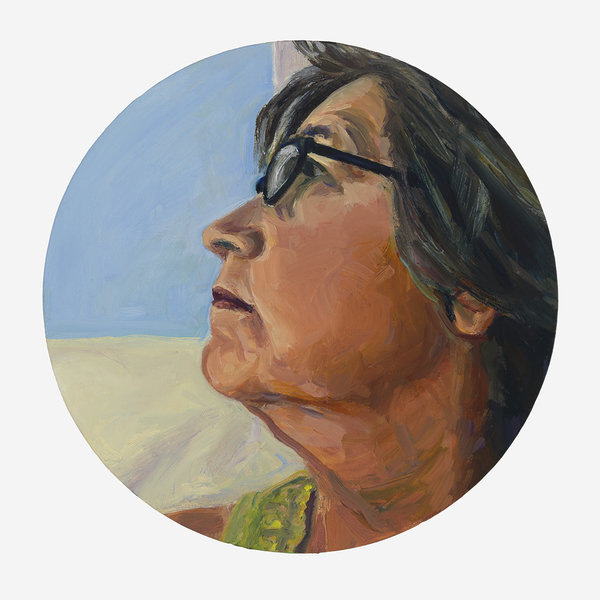 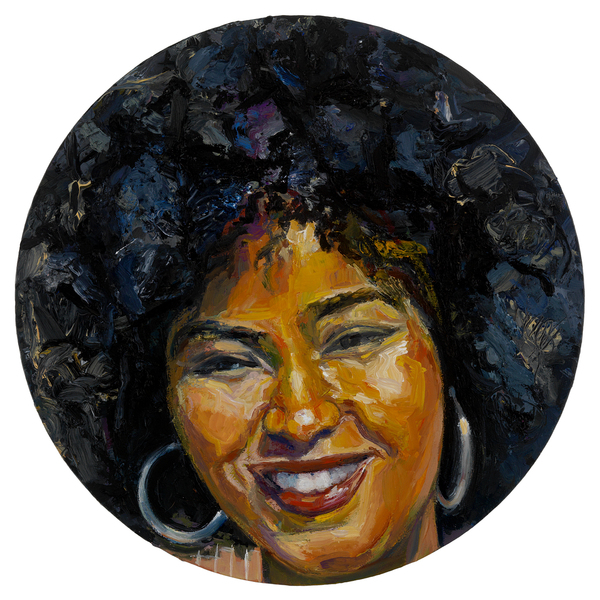 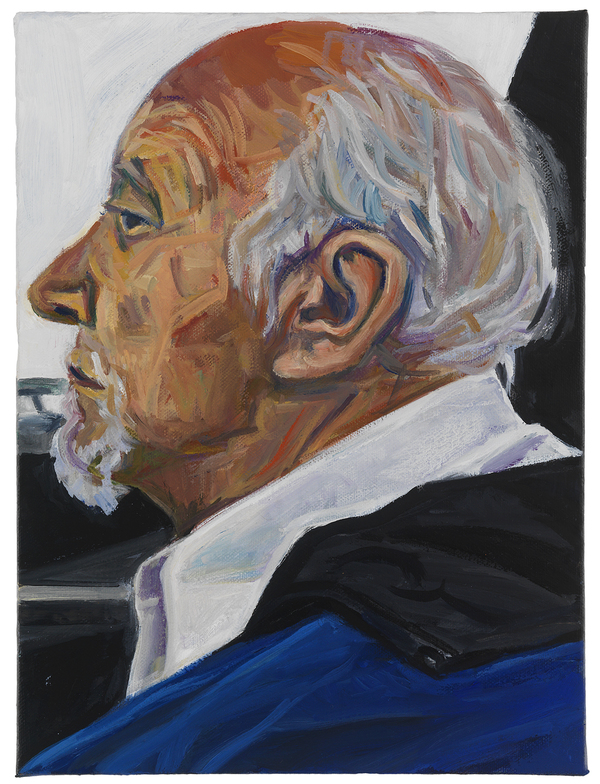 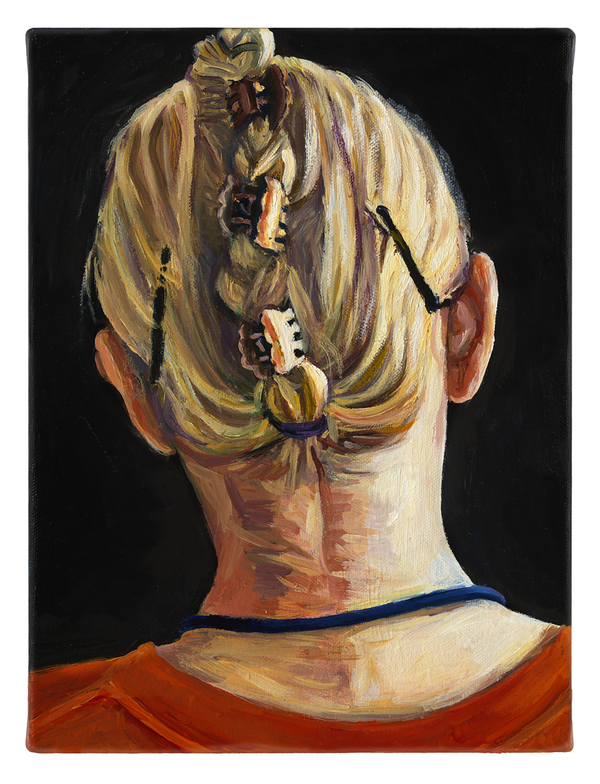 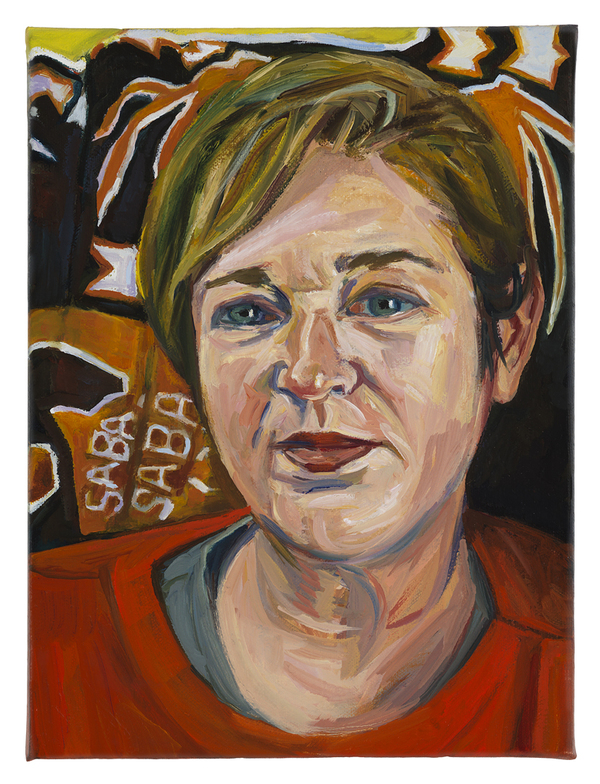 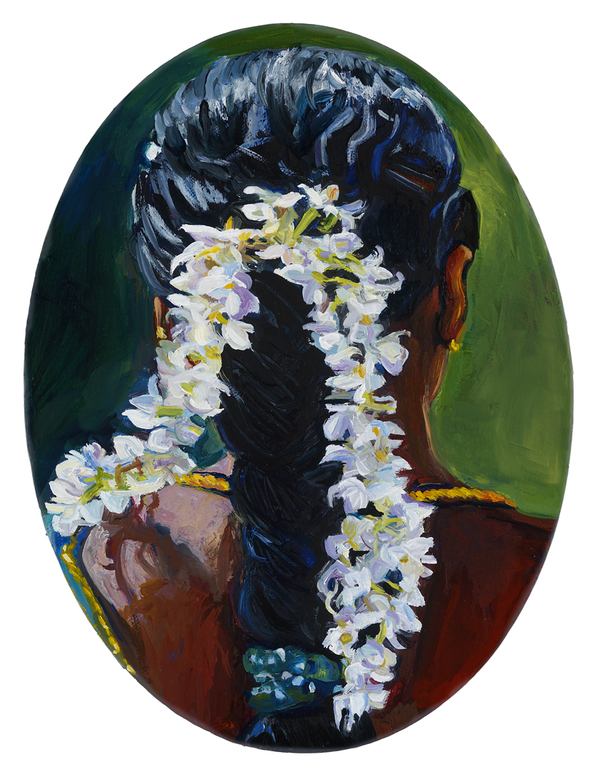 Source: Cropped from group snapshot of a group wedding in India that was posted on travel blog. Snapshot: Sarah Meyers-Ohki. 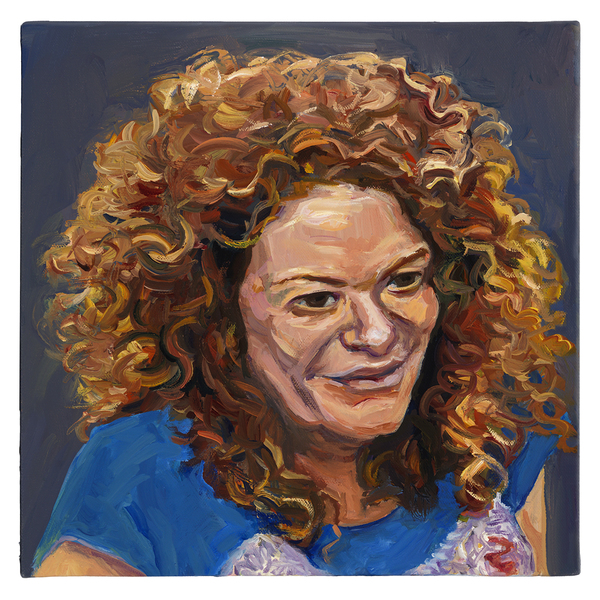